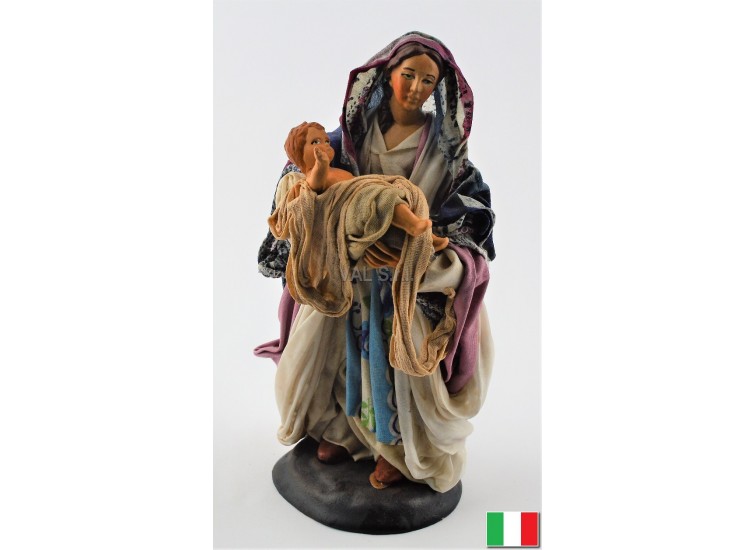 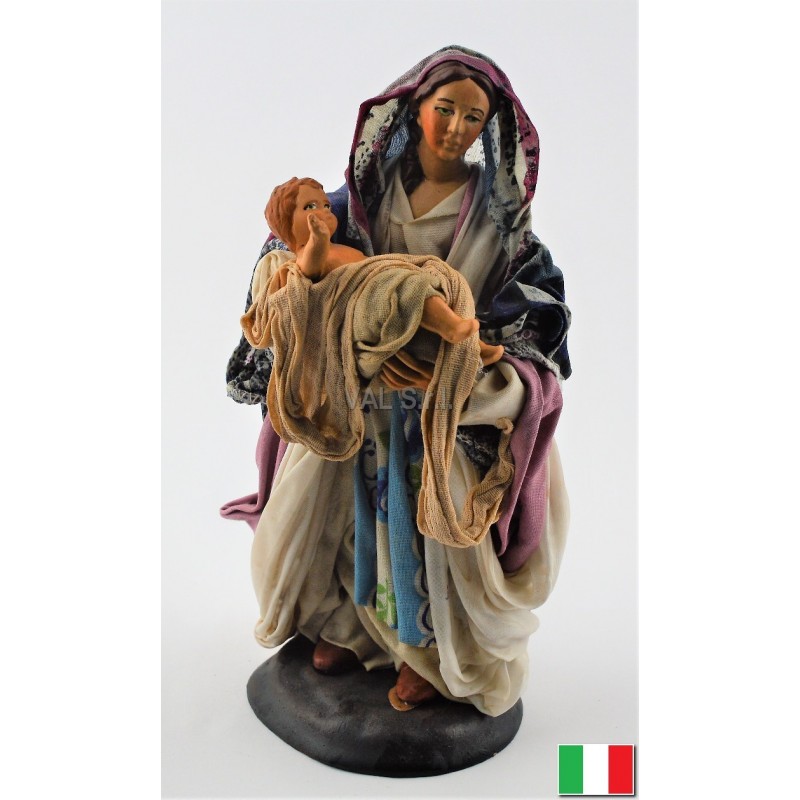 Woman with child in her arms in terracotta cm.18

€ 72.00
Woman with child in her arms 18 cm. Statuette made in Italy by artisans of Naples. The craftsmanship of each character, makes it unique and different from others. The character is made entirely of terracotta, the dress is made with quality fabrics.

The woman with the child is very common in the crib and is placed near the grotto. The popular tradition says that a young virgin called Stefania, after having heard of the birth of the Redeemer, walked towards the grotto to adore him, but was blocked by the angels, because unmarried women were not allowed to visit the Madonna. The next day Stefania took a stone, wrapped it in swaddling clothes as if it were a child and, deceiving the angels, managed to reach the cave. In the presence of Our Lady, the stone miraculously sneezed and turned into a child who took the name of Stephen. The 26th of December, celebrated as Saint Stephen, is therefore the anniversary of the miracle.
Presepe
PRES-1770
2 Items