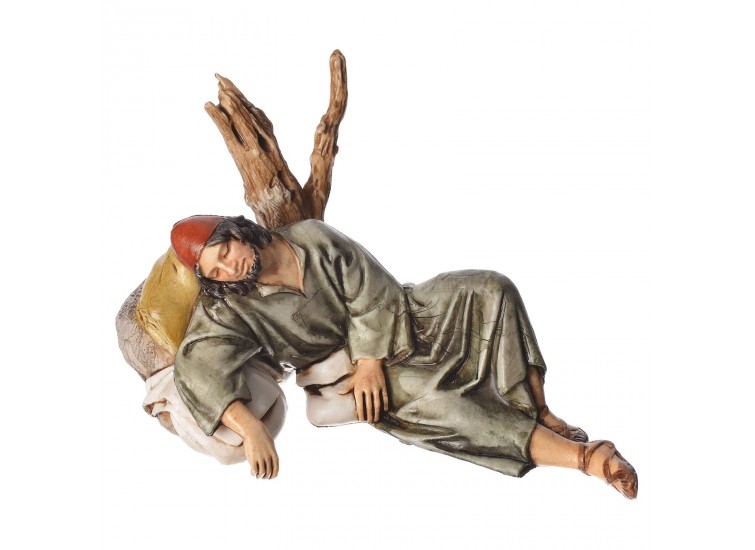 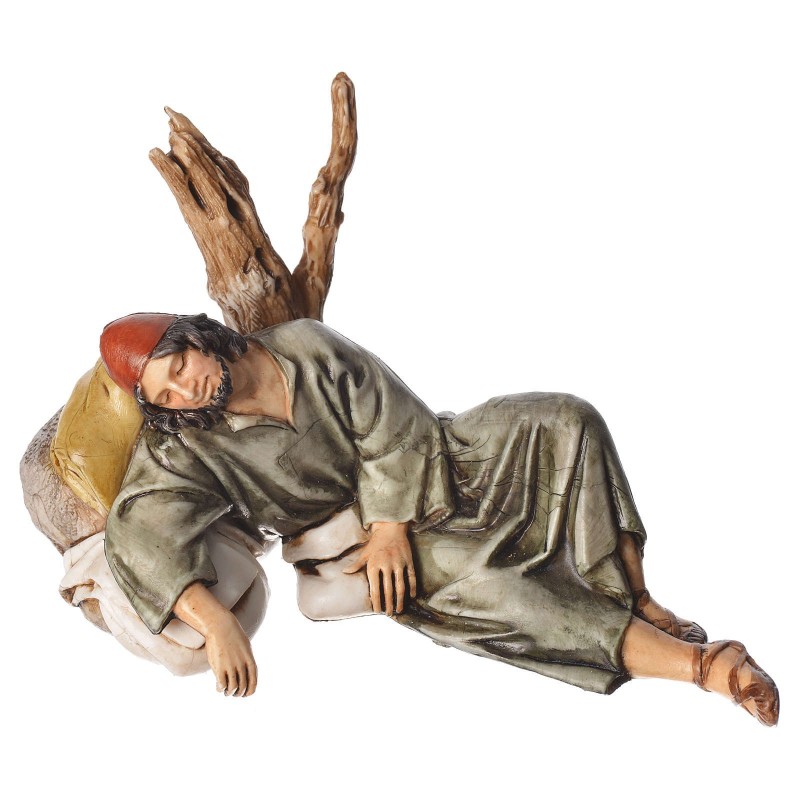 Shepherd sleeping cm.13. Each figurine is 100% PVC. The painting can be done with silkscreen process and manual finishing or completely by hand. All figurines are produced entirely in Italy.

Dormiente or Benino is the shepherd boy who is usually placed on the highest hill of the crib. He is depicted with his head resting on a stone and a tree and white sheep are placed near him. According to the Holy Scriptures the angels gave the announcement to the sleeping shepherds, such as Benino, that he must not be awakened because it would lead to the disappearance of the crib. Sleep represents an allegory of birth and unawareness of life while the realization that life is not eternal represents death.