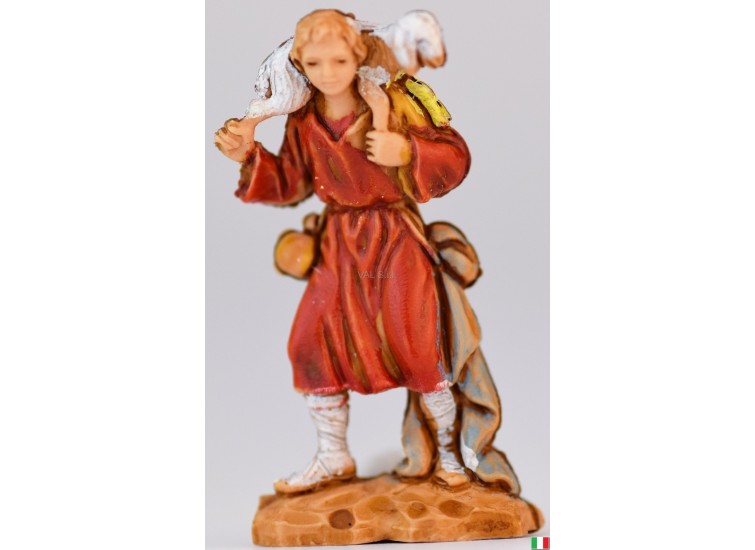 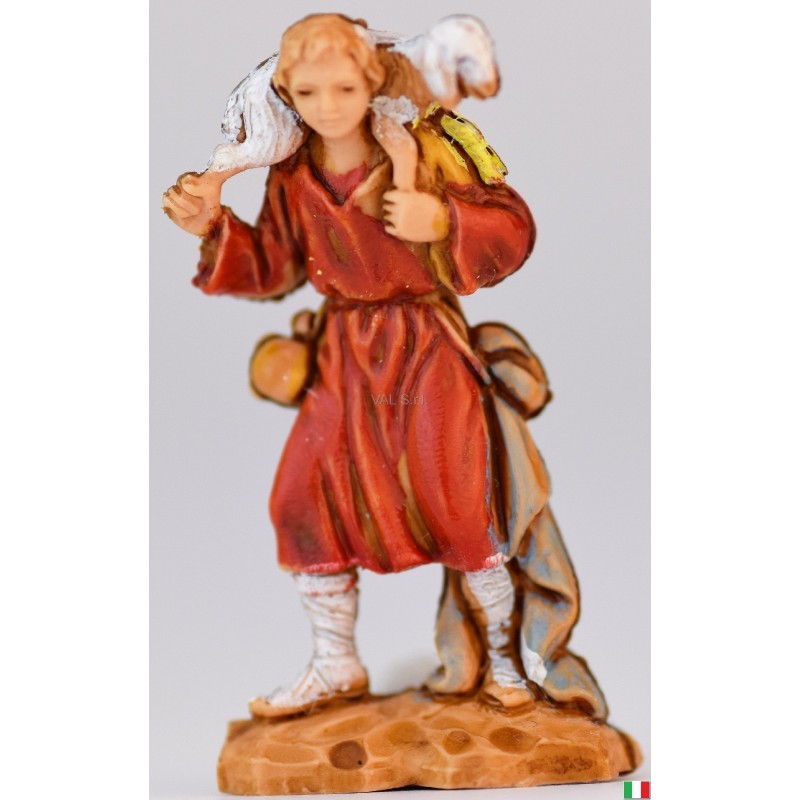 € 1.20
Good shepherd cm.3.5. Each figurine is 100% PVC. The painting can be done with a screen printing process and finishing by hand or completely by hand. All figurines are produced entirely in Italy.

He was the one and only person responsible for the flock of sheep. In the morning, each shepherd would call his flock to him and they would walk behind him. he would carry a blanket to sleep outdoors, a saddlebag with food and a stick to defend himself. Jesus presents a variant to this ancient image, he is the "Good" shepherd, not a mercenary, he loves his sheep calling them to him one by one, he does not flee in front of the wolf but rather defends them to the death. He is often represented in the crib with a sheep on his shoulders, almost like a son.
Moranduzzo
PRES-653
19 Items